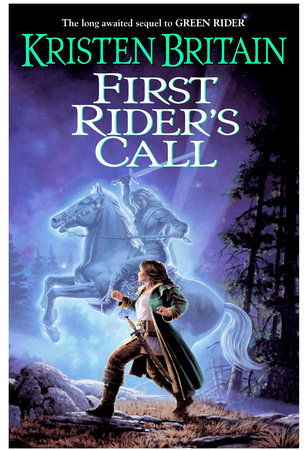 Karigan G'ladheon was once a Green Rider, one of the king of Sacoridia's elite magical messengers. In the messenger service, she was caught up in a world of deadly danger, and though she defeated the rogue Eletian who cracked the magical D'Yer Wall—which had protected Sacoridia for a thousand years from the dark influence of Blackveil Forest, and Mornhavon the Black's evil spirit imprisoned within it—she had nonetheless been tainted by his wild magic.

Exhausted in body and spirit, and determined to take control of her own destiny, Karigan returned to her home in Corsa. But even Karigan's stubborn determination is no match for the Rider's call. Ghostly hoofbeats echo in the deep regions of her mind. When she awakes to find herself on horseback, halfway to Sacor City in her nightgown, she finally gives in.

Karigan returns to the court, only to find the Green Riders weakened and diminished. Rider magic has become unreliable, and she herself has ghostly visions of Lil Ambriodhe, First Rider, and founder of the Green Rider corps.

But why is the First Rider appearing to Karigan? And will Karigan be able to seek the help of a woman who has been dead for a thousand years?