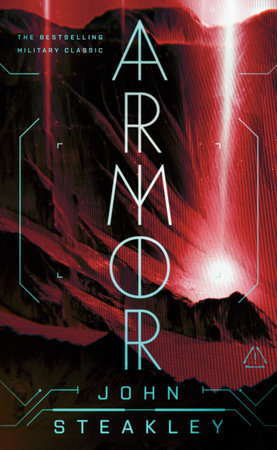 Now in trade paperback, the military sci-fi classic of courage on a dangerous alien planet.

The planet is called Banshee. The air is unbreathable, the water is poisonous. It is home to the most implacable enemies that humanity, in all its interstellar expansion, has ever encountered.

Body armor has been devised for the commando forces that are to be dropped on Banshee—the culmination of ten thousand years of the armorers’ craft. A trooper in this armor is a one-man, atomic powered battle fortress. But he will have to fight a nearly endless horde of berserk, hard-shelled monsters—the fighting arm of a species which uses biological technology to design perfect, mindless war minions.

Felix is a scout in A-team Two. Highly competent, he is the sole survivor of mission after mission. Yet he is a man consumed by fear and hatred. And he is protected, not only by his custom-fitted body armor, but by an odd being which seems to live within him, a cold killing machine he calls “The Engine.”

This is Felix’s story—a story of the horror, the courage, and the aftermath of combat, and the story, too, of how strength of spirit can be the greatest armor of all.

“Armor is a fascinating war-story, a unique take on the military SF genre.... Well worth a read.”—Jamie Sawyer, author of The Lazarus War series

“This is a serious book which shows the violence and brutality of war, the cynicism and hypocrisy with which it is waged, and the real and terrible fears of the combatants.” —VOYA

“The book is gripping, forceful, and compelling. The evolution of the characters is a tour-de-force.” —Kliatt

“Steakley’s writing is quite good. He has smoothness and polish that are rare in first novels.... the action is so well-paced that the reader’s interest is continually held.” —Other Realms

“This book is a must read…. It’s one of those stories where the author understood the human heart and soul so much that there could never be a complete adaptation in any other medium.” —Bleeding Edge Gaming