Back to School Brave! 6 Books to Help Kids Feel Ready for a New School Year

New teachers, new hallways, new classrooms—going back to school can be a little scary! A good book can help kids know that they are not alone when they have those nervous jitters. For kids who are starting kindergarten, first grade (or any other grade) these delightful books can offer a giggle, a big boost of confidence, and a great chance to open up and talk about their feelings.

Here are a few of our favorite back-to-school mood boosters from author Suzanne Bloom! 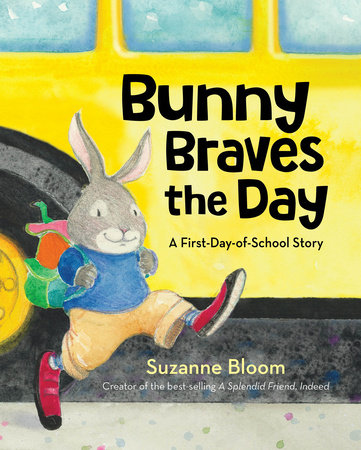 *A Bank Street College of Education Best Book of the Year*

“A small bunny uses every excuse to avoid the first day of school. . . older sib has some solid suggestions, from packing a favorite stuffed animal to wearing something that will calm the jitters, like their own glittery shoes.” —Kirkus Reviews 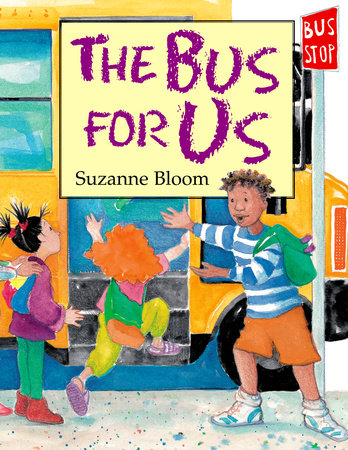 The Bus For Us

The Bus For Us

A perfect picture book to share with children starting school or those riding the school bus for the first time.

★ “An everyday occurrence is transformed into a special, silly event in a story that is both clever and sweet.” —Booklist, starred review 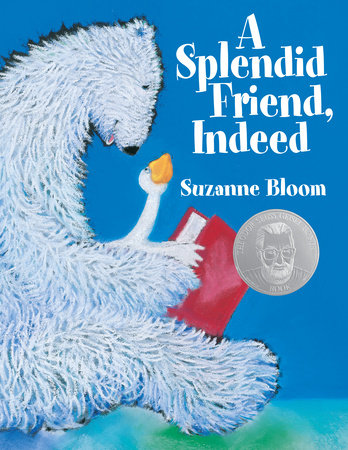 ★ “A more perfect union between giggle-inducing but reassuring images and a text of very few words is hard to conjure.” — Kirkus Reviews, starred review 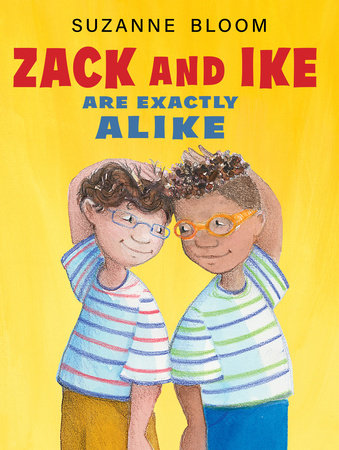 Zack and Ike Are Exactly Alike

Zack and Ike Are Exactly Alike

Zack and Ike are best friends who like to think they’re exactly alike. They have the same backpack, the same bike, and the same kind hearts. But what happens when these best friends disagree?

“A story perfect for sharing with children who are having difficulty navigating social moments or simply struggling with some of the nuances of friendship.” —School Library Journal

And don’t forget the adorable Dewey Dew—the new kid in Mrs. Brightsun’s School for Little Learners (who happens to be new to Planet Earth as well!)…

In this first day of school story with a twist, nervous alien Dewey Dew learns that new experiences—like going to school on another planet—might be okay after all.

Click-Clack Waddle Dot Dewey Dew from Planet Eight Hundred Seventy-Two Point Nine does not want to go to school—not on his planet, and definitely not on Planet Earth at Mrs. Brightsun’s School for Little Learners! Everything on Earth is different. His clothes don’t fit right, his classmates don’t look like him, and even Earth noises sound weird. Will Dewey Dew’s first day of school turn out ok after all?

How Do You Say I Love You, Dewey Dew? by Leslie Staub, illustrated by Jeff Mack

Click-Clack Waddle-Waddle Dot-Dot Dewey Dew is back in this sequel to Time For (Earth) School, Dewey Dew. Dewey is starting to love life on Earth, and he’d be happy to tell everyone, but there’s just one problem: he can’t pronounce the word love. This makes things difficult, especially when a classmate teases him. With the help of his understanding classmates and his teacher, Dewey finally succeeds in declaring his love for Earth and his friends. 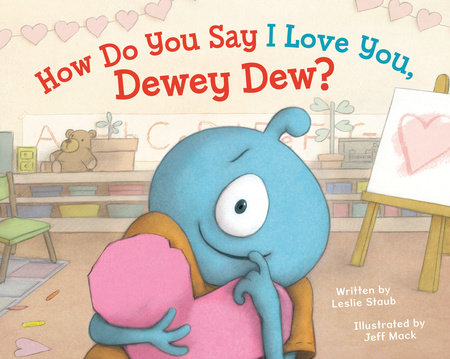 How Do You Say I Love You, Dewey Dew?