Behind the Book: Becoming Abolitionists

Derecka Purnell‘s Becoming Abolitionists, which bestselling author of The New Jim Crow Michelle Alexander called “an essential reading for our times,” invites readers to envision new systems that work to address the root causes of violence. Initially, however, Purnell was skeptical about police abolition. She saw too much sexual violence and buried too many friends to consider getting rid of police in her hometown of St. Louis, let alone the nation. But the police were a placebo. Calling them felt like something, and something feels like everything when the other option seems like nothing.

Becoming Abolitionists details how multi-racial social movements rooted in rebellion, risk-taking, and revolutionary love pushed her and a generation of activists toward abolition. The book travels across geography and time, and offers lessons that activists have learned from Ferguson to South Africa, from Reconstruction to contemporary protests against police shootings. Below, Astra House Editorial Director Alessandra Bastagli explains how she and Purnell came to know each other, and how Becoming Abolitionists, released October 5, came to be.

I first met Derecka about three years ago, when I was looking for someone to write a book about the aftermath of the Ferguson protests. I had noticed that several of the key protesters had died violent deaths and, as an Italian, I immediately thought of Mafia-style revenge killings by the cops. I felt like someone needed to do an investigative book about this story. Derecka was introduced to me by Darnell Moore as a Harvard Law graduate and activist from St. Louis who works closely with Michelle Alexander, Barbara Ransby and Keeanga-Yamahtta Taylor. She and I had one of those epic three-hour long lunches in which I began to realize how much I needed to learn, and the new and different questions that I needed to ask. Presciently, she also told me about her idea for a big book on police abolition, which, at the time, seemed both fascinating and radical.

As Derecka and I remained in touch, I watched her profile grow, and the conversation about police violence shift dramatically. When her Atlantic essay “How I Became a Police Abolitionist” went viral, everyone from activists and local leaders to journalists and academics, as well as regular readers, reached out to her with their questions, inviting her to come speak to their communities. Since then, Derecka’s writing on police abolition has appeared everywhere from the New York Times and the Boston Globe to Harper’s Bazaar, TeenVogue, and Cosmopolitan. This notion of police abolition—that once seemed so radical—has, thanks to the advocacy of organizers like Derecka, officially entered the mainstream.

Becoming Abolitionists centers on Derecka’s own journey to embracing police abolition and is a beautiful, singular blend of memoir, history, legal scholarship and advocacy. It was a complicated journey for her, because she grew up in an environment where calling the cops was often the only option when there was a crisis. Her faith in justice and the law was so profound that she worked her way through Harvard Law School. But as she studied the law, policing and criminal justice reform, she started questioning her own assumptions. The book is, in short, an intellectual journey of the very best kind–it’s personal, emotional, deeply intelligent and loving. And it is a transformative reading experience.

This is the book Derecka was meant to write and there’s a real need for it. Because of my work with her, when the Dereck Chauvin verdict came in on the same day Ma’Khia Bryant was killed by the police, I finally felt like I had the language and the ideas to make sense of it all, and more importantly, perhaps, I knew what to do with my rage. Derecka is one of the most brilliant minds of what the poet Elizabeth Alexander calls “the Trayvon Martin generation” and is truly deserving of any and all the support we can give her. 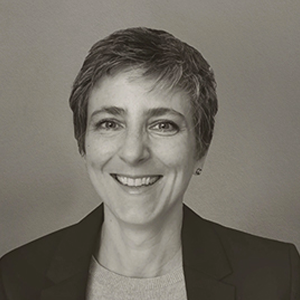 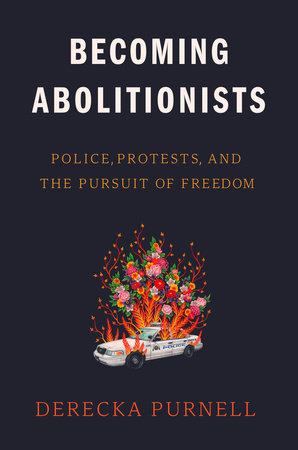