Go Behind the Scenes of Castaway Mountain with Saumya Roy

While Saumya Roy’s Castaway Mountain may read like a work of fiction, it’s the true story of Farzana Ali Shaikh, one of the best pickers in the Deonar garbage mountains where all of Mumbai’s possessions and memories come to die. By focusing on Farzana’s story, Roy personalizes the effects of unfettered consumerism—which is a concern that stretches globally. For example, did you know that Americans produce three times the global average of waste, only recycling 35 percent of solid waste? In Castaway Mountain, Roy uses a narrative instilled with superstition and magical realism to show the real-life consequences of overconsumption and waste mismanagement.

Based in Mumbai, Roy spent years with the rag pickers to unveil the hidden world of Deonar for readers who may never visit India. The book creates an intimate portrait of Mumbai and the world of Deonar and even comes complete with a map, situating you further into the small community at risk of disappearing. But the book only takes you so far. Dive deeper into the people and culture of Castaway Mountain in this round-up with bonus content created by Saumya Roy.

Get to know the real people behind Saumya Roy’s Castaway Mountain through their favorite Bollywood songs.

Listen to all of the favorite songs here.

Words from the Mumbai streets in Castaway Mountain

In Castaway Mountain, Roy writes—“Bombay’s lanes—where everything had lived on something else, where languages ran into each other to make ‘Bambaiya’……”

Here she picks her favorite Bambaiya words from the book with their unique meaning.

“Vo to do hafte pehle off ho gaya,” she said, softly. He went off two weeks ago. Off in Bambaiya literary means a person off- he/ she died. It is often the culmination of painful stories, the bursting of building tears, almost encouraging the listener to say- “On kardo.” Switch them on

“Padne ka hi nahi yeh sab mach mach mein. Kuch achha nahi hota is sab se.” You should not get drawn into such messes. Nothing good comes out of them. Farzana’s Shaikh’s older brother tells her in classic Mumbai style- not to get in to mach mach, or a mess. The intrepid Farzana has waded right in…

“Naak ka baal to bachpan mein hi jal gaya tha”—The mountains’ stink had burned the hair in my nostrils right in childhood—he would say. While Naak ka baal is a phrase used to refer to friends who are inseparable as nostril hair in Hindi, Jehangir Shaikh had used it literally to signify how his nostril hair had burned away in childhood due to the garbage mountain’s stink.

In the months after the fires restricted work on the mountains, most pickers replied with the word rakhadpatti (borrowed from Gujarati) to say what they did- it means wandering aimlessly. They traveled long distances looking for work away from the mountains- only to returned empty-handed. The trip had become rakhapatti- aimless wandering… (This word is not in the final text but illustrates the stress pickers were in, the slow crumbling of their lives.)

That afternoon, the hair Babu had carefully piled into shiny seeng, or spikey horns, to elongate his frame, flopped limply on his face. While men around the world gel their hair and tease it sharply up to make spikes, in Banjara Galli men say Seeng banaya or that they made horns when they carefully create this hairstyle!

If you were wondering what some of the food ideas were in Castaway Mountain, here Roy lists the Bombay foods, along with their references in the book.

“Yasmin, Hera (her older daughter), and Mehrun, her middle daughter, fried potato patties and green chilies that sputtered in the pan and brought tears in their eyes, through the afternoons. She handed them to Moharram Ali (her husband), in oil-stained newspaper, to slice (and stuff) into fluffy buns and sell as the market came to life at dusk.”

Not only is Bhel a Mumbai street food specialty, it sometimes has a Chinese twist too. And it’s Farzana’s Shaikh’s favorite snack!

“She used the proceeds from the trash she sold to buy Chinese bhel, crispy fried noodles mixed with sliced cabbage, hot sauce, and Indian spices. It was a blend of two Eastern cultures that left Farzana and Farha orange-tongued and teary-eyed.”

Farzana and other trash pickers collected rice they found on the trash mountains and lit fires and have mountain parties featuring a dish sometimes found in Mumbai’s unique and fading Iranian cafes- Kheema Pulao.

“City trash yielded slender, long grains of rice that were never seen in markets around the mountains. Sometimes, they pooled their money to buy spices and minced meat and cooked it to go with the city rice and invited friends over.”

Gulab Jamun is one of the most popular Indian desserts and Hera Shaikh’s teenage memories too are made of ”Gulab Jamun parties”– with a mountain spin!

“For dessert, Hera got her friends to collect packets of semolina mix for Gulab Jamun, when they saw it fall out of garbage trucks. Over long, slow afternoons, they rolled the moistened batter into dough balls that they fried and then dipped in warm sugar syrup they made. They plopped the golden, hot Gulab Jamuns into their mouths, spurting sugar syrup amid giggling and gossip.”

A sweet shop staple, Ras Malai quickly became Farzana’s favorite, when a shop selling it opened near the mountains. Her description was one of a kind:

“Farzana raved about a new sweet shop that made a dessert that melted in the mouth like soft cotton, soaked in sweet milk.”

Long, warm afternoons in the skinny Banjara Galli were often punctuated by the bells of the Chuskiwala. He walked through the lane, pushing his handcart topped with melting ice that he shaved on-demand and filled with lurid colored syrups that tainted the tongues of the children who followed him even before they could see him—he had fixed a bell below his cart! 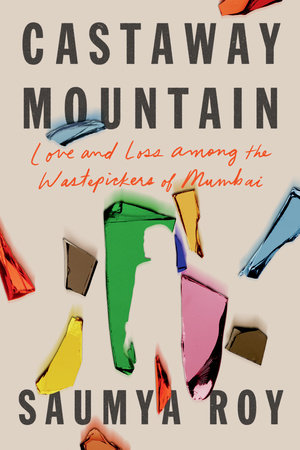